Gig finished his law studies at the Ateneo Law School in 1979. He was admitted to the bar in 1980 and placed 12th. Prior to law, Gig took up B.A. – Economics at the University of Santo Tomas and graduated in 1975. He also took up special studies in European universities on organizational development and design thru the auspices of the Nordic Fund.

Shortly after admission to the bar, Gig joined a start-up law firm headed by breakaway lawyers from ACCRA Law. Thereafter, he joined the PHINMA Group and serviced its various subsidiaries as corporate secretary from 1986 to 1994. Simultaneously, he held the position of Senior Vice President and Group Manager for Human Resource. Thereafter, he was appointed Executive Vice President and General Manager for Projects and Group Trading, and served as such until 1999 when he decided to set up his own law practice with his brother Dennis.

In 1982, Dennis completed his degree in A.B. Economics at the University of the Philippines – Diliman. Thereafter, he pursued law at the Ateneo Law School and graduated in 1986. He was admitted to the bar in 1987. Immediately after the taking the bar in November, he joined the Angara Abello Concepcion Regala & Cruz ("ACCRA") Law Offices.

When Dennis became Senior Associate at ACCRA, he was invited to join the Litigation Monitoring Group of the Firm and stayed on until 1994. In 1999, together with his brother and law partner, Gig, Dennis formed the Malaya Sanchez Añover Añover & Simpao Law Offices where he stayed until 2010.

Jack finished BS Chemical Engineering and Bachelor of Laws at the University of the Philippines-Diliman. He was admitted to the bar in 1993. In 2014 Jack attended the Dale Carnegie Leadership Training for Managers. He has attended Corporate Governance and Risk Management seminars for corporate directors given by providers that are duly accredited by the SEC, PSE and BSP.

Aside from his experience in different fields of legal practice, particularly corporations, securities, investments and taxation, Jack has decades of experience in senior management in educational institutions. He was formerly a member of the Board of Trustees of University of Asia and the Pacific (UA&P) and is the Founding Dean of UA&P’s School of Law and Governance.

He is a member of the Club Filipino and belongs to the RSM Chapter of the Integrated Bar of the Philippines.

Paolo worked with VERA Law from 1998 to 2001. He thereafter joined Ligon Solis Ilao Law and later, Martinez and Mendoza Law. In 2007, Paolo joined the TMI Group of Companies as General and Corporate Counsel until he joined the firm as PARTNER in 2010.

Allan finished his Juris Doctor at the Ateneo Law School in 1995 and was admitted to the bar in 2006. He pursued his Masters of Law in American Law at the Boston University School of Law in 2000. He has also taken several maritime-related courses in the Philippines and abroad. Prior to this, Allan finished his A.B. Asian Studies degree at the De La Salle University in 1990.

Upon admission to the bar, Allan became a part of the Del Rosario Bagamasbad and Raboca Law Offices and stayed on as a senior associate until he joined the firm as PARTNER in 2012. He has concurrently held directorship positions in several companies.

Upon admission the bar, Marbert worked as an associate of Malaya Sanchez Añover Añover & Simpao. Before he went into private practice, he was a radio announcer at the United Broadcasting Network in Bacolod, and also a Dealer Sales and Service Coordinator for Matsushita Electric Philippines Corporation.

Marbert is a member of the RSM Chapter of the Integrated Bar of the Philippines. 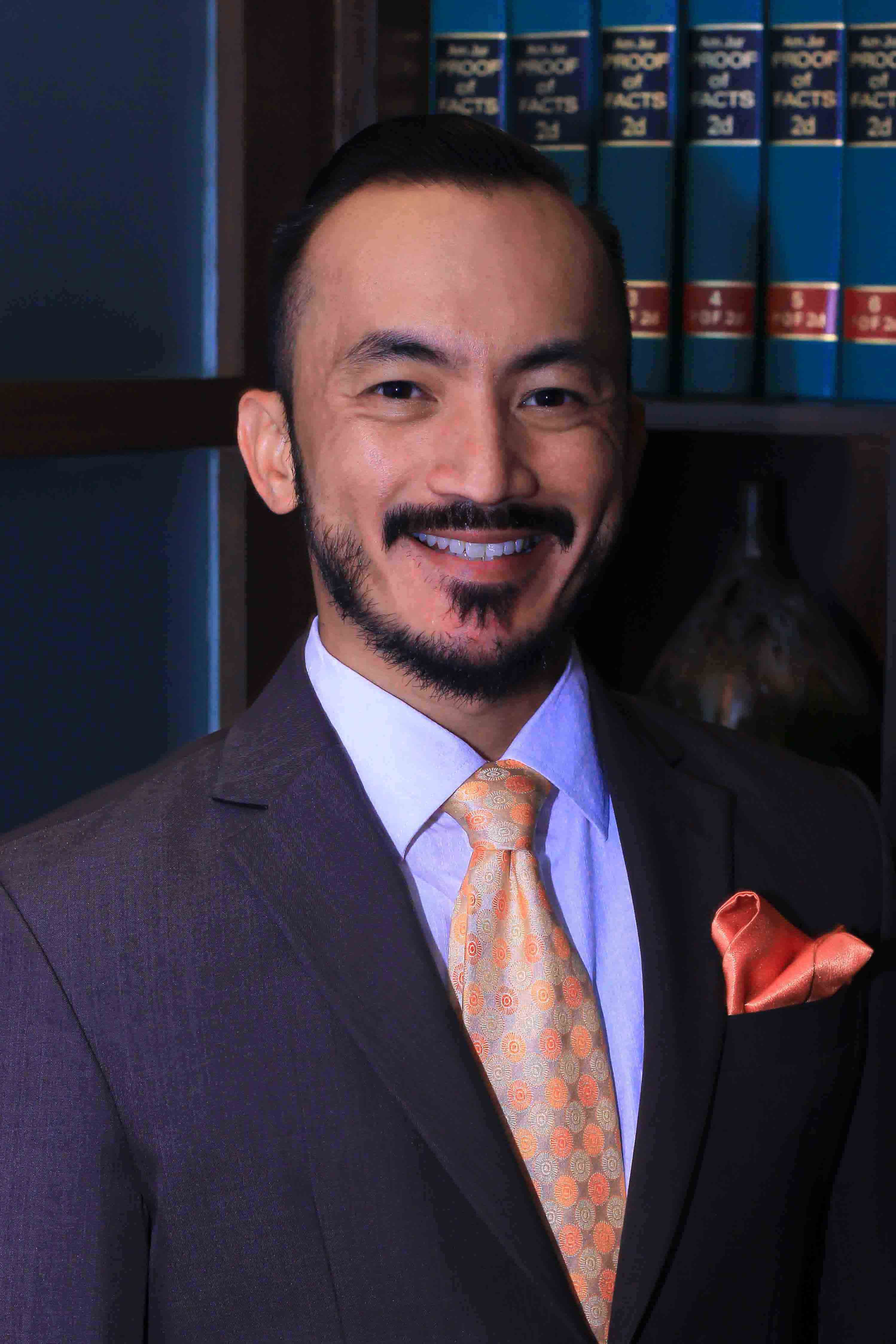 Gabe finished his law degree at the San Beda College Alabang – School of Law in 2012. He was admitted to the bar in 2013. Prior to this, he finished B.A. – Management Economics at the Ateneo de Manila University in 2006.

Upon admission to the bar, Gabe joined the firm as an associate. He was later admitted to the partnership in 2019.

Gabe is a member of the PPLM Chapter of the Integrated Bar of the Philippines. 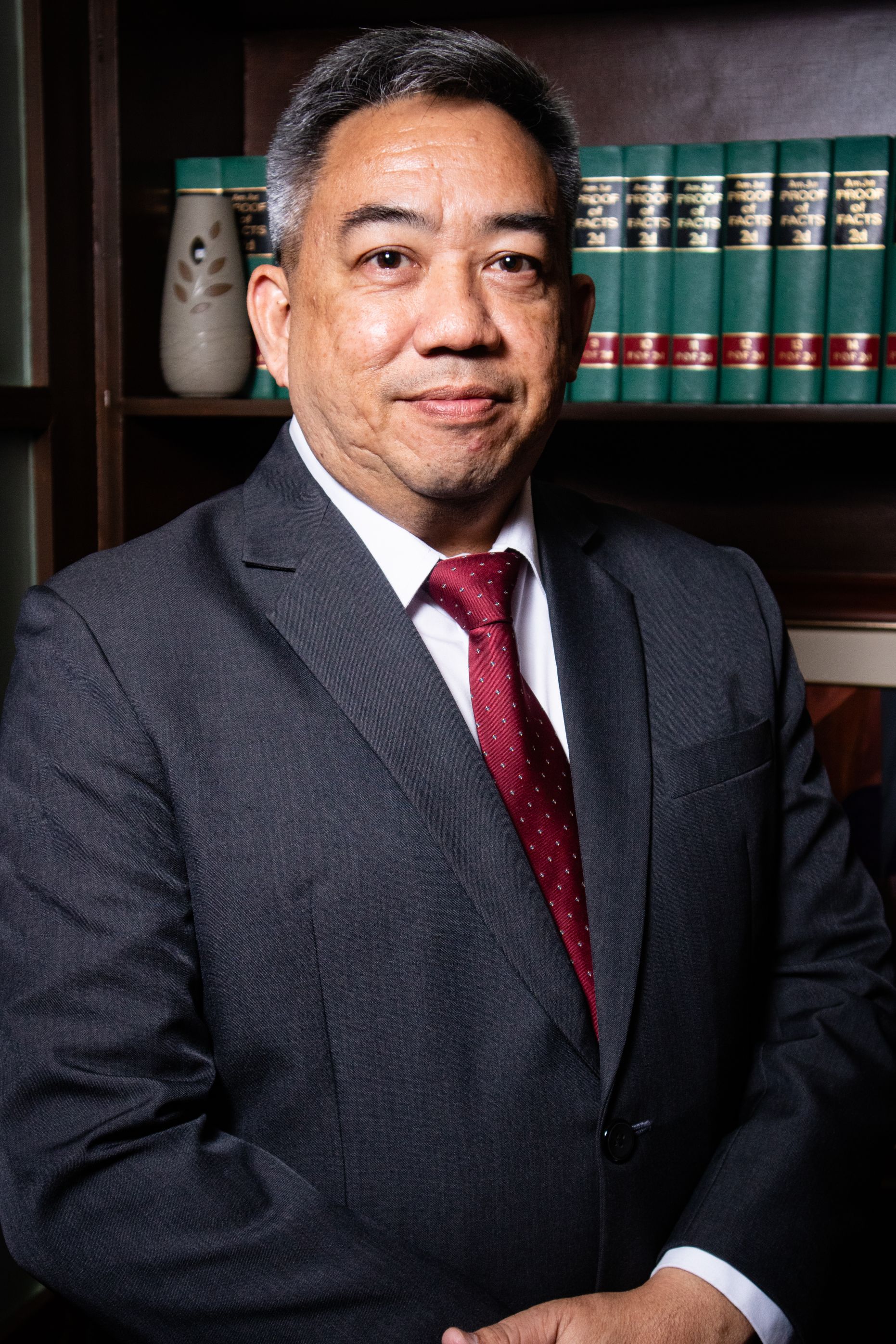 Daniel earned his law degree from DVOREF College of Law in 2001 and was admitted to the Philippine Bar in 2002. He graduated with a bachelor's degree in the social sciences from the University of the Philippines, and he has a masters degree in management from Leyte Normal University.

Even before joining the firm, he had been actively engaged in the practice of law and served as managing partner of Corpin Añover Saño Oledan & Flores Law Offices. He has lectured at several universities and colleges and has had experience in the field of human resource management and training.

Daniel is a member of the Leyte Chapter of the Integrated Bar of the Philippines. 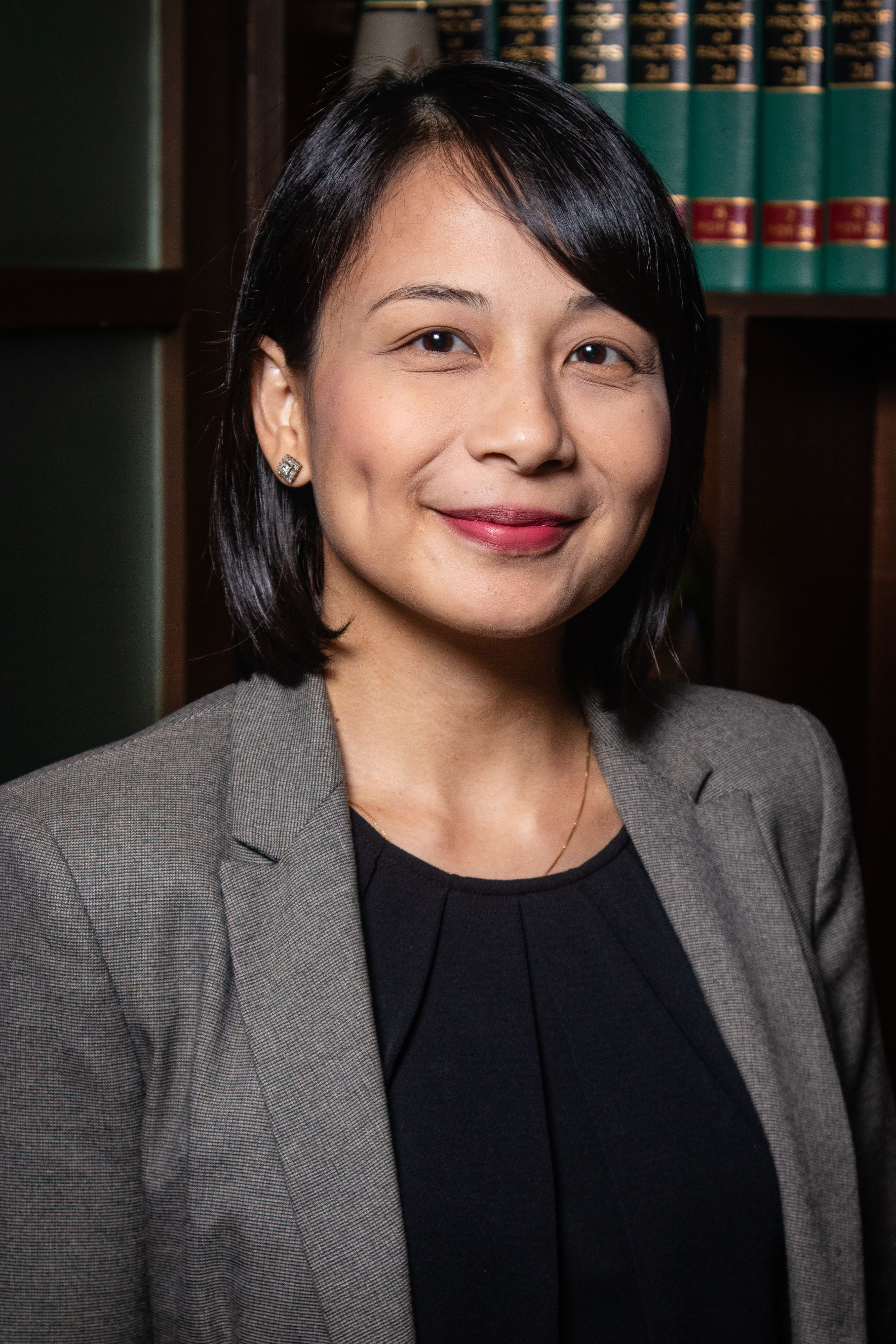 Josephine took up law at the Ateneo Law School. She graduated in 2009 and was admitted to the Philippine Bar in 2010. She took up B.S.-Chemical Engineering at the De La Salle University – Manila, graduating with Honorable Mention in 2004. She passed the licensure exams in 2005.

After her studies, Josephine opted to immerse herself first in the field of Intellectual Property. Prior to joining the firm, she worked with the law firm of Sapalo Velez Bundang & Bulilan. 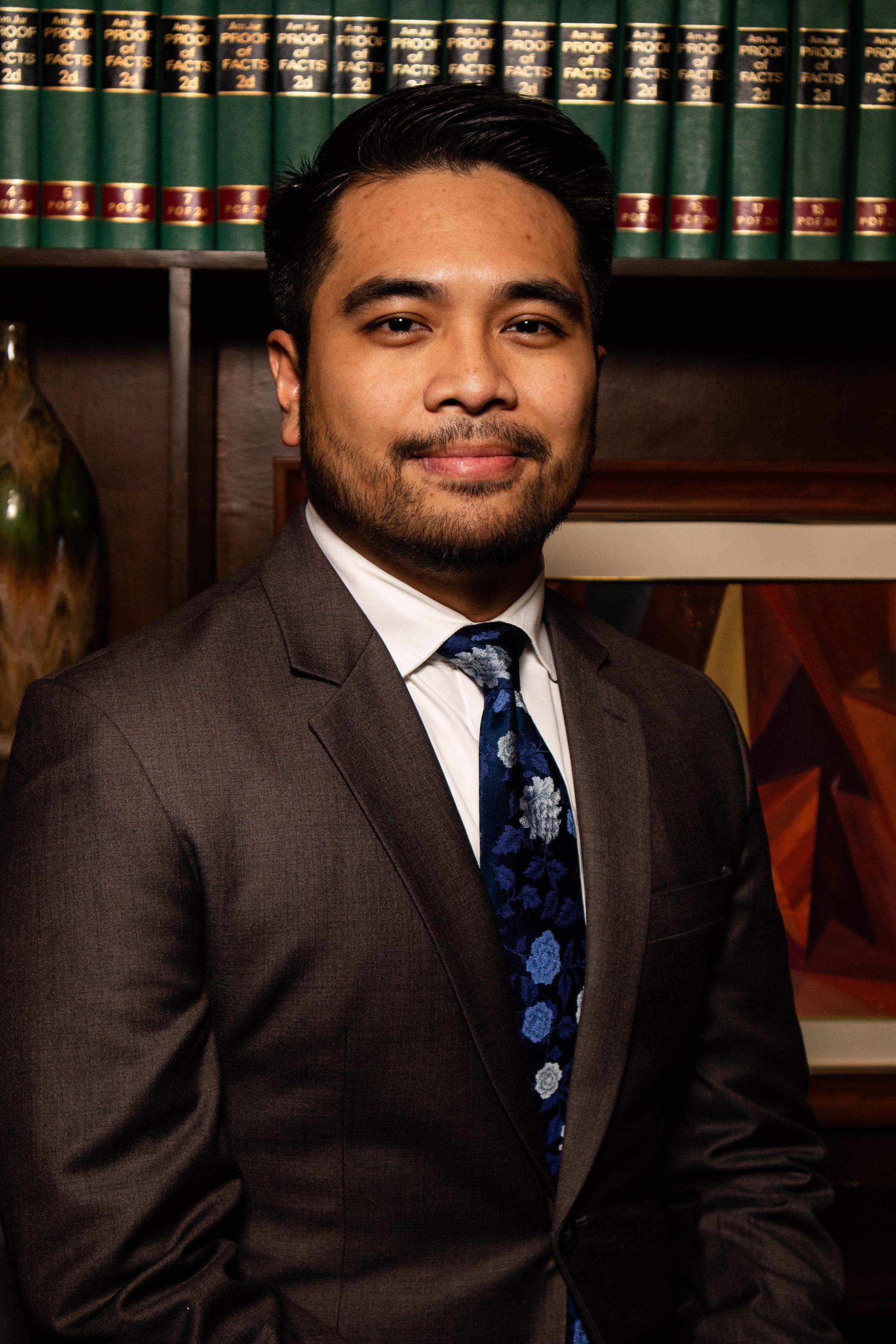 Gino obtained his Juris Doctor degree from the Ateneo Law School in 2010 and was admitted to the Philippine Bar in 2011. He completed his undergraduate studies in the University of the Philippines in 2006 with a degree in Public Administration.

Prior to joining the firm, he previously worked in Angara Abello Concepcion Regala & Cruz Law Offices in its Corporate and Special Projects Department, and in Sycip Gorres Velayo & Co. in its Tax Services Department.

Gino is a member of the Makati Chapter of the Integrated Bar of the Philippines.

Please feel free to send us an email at info@anoverlaw.org.